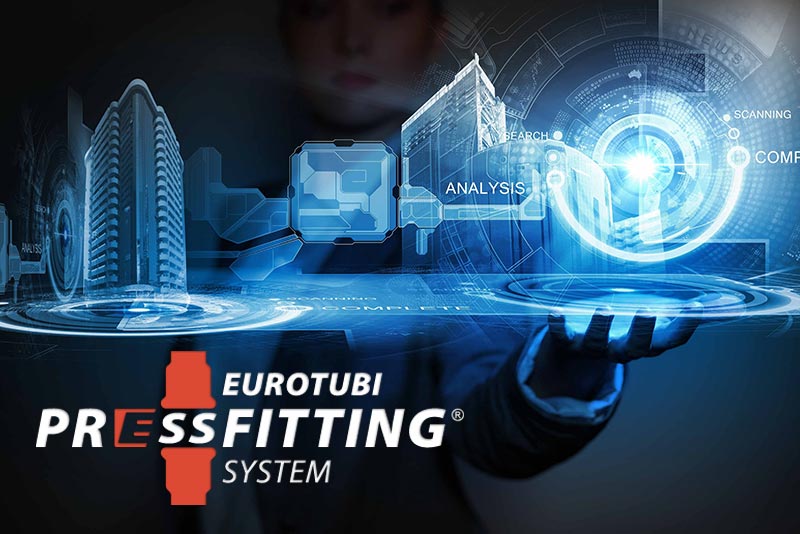 Despite the current political situation, the construction industry is growing, mainly due to commercial and housing construction in urban centres. As the quantity and complexity of plumbing and heating networks increase, so does the need to employ innovative technologies to efficiently manage the individual utilities, the resulting data flows, and payment accounting. This is where blockchain and IoT technologies come to our rescue. Let’s take a look at the technological, economic, social, and environmental benefits of the second plumbing and heating revolution – following pressfittings!

It is estimated that by 2025, 70% of the world’s population will live in cities. The demand for new plumbing and heating distribution networks has grown considerably in the last five years. Consequently, the demand for fittings and piping has also increased, both for new construction and for renovating existing buildings.

This growth is leading manufacturers to implement new technological solutions to limit potable water waste, and not only that: the search for more efficient techniques to make grey water potable again and maximize the yield of desalination processes is becoming increasingly important. Finally, we must also be able to actively use wastewater, such as watering greenery, flushing toilets, and washing non-food items.

As the number of buildings and the quantity of users within them grows, so do the data flows relating to the distribution of potable and sanitary water and those relating to heating and energy distribution networks. This profusion of “bits” is becoming so complex that it requires all our technological potential to manage it in the best possible way. 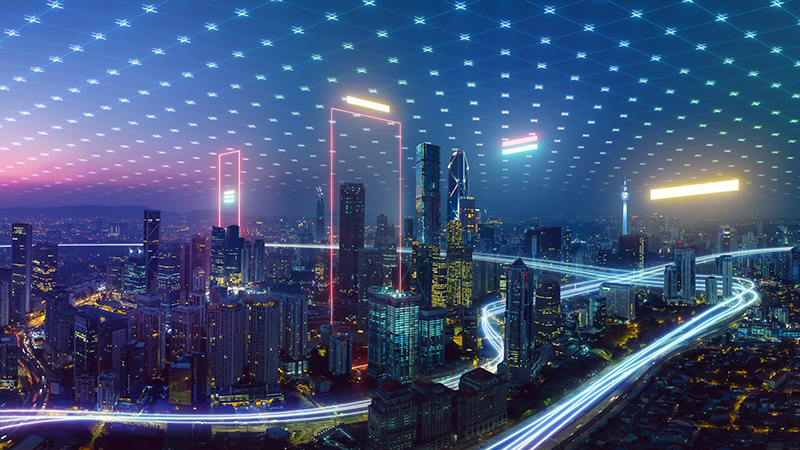 With cities expanding and becoming increasingly interconnected, there is a greater need for technologies that can handle services and payments accurately, quickly, and – above all – with as much security as possible.

We already have innovative solutions for managing plumbing and heating networks, such as IoT, artificial intelligence and smart sensors. However, in the near future, in order to manage both the increased workload and the compartmentalization of services and related payments, we will need to turn to the next big revolution in the plumbing and heating sector: blockchain.

Blockchain could be described as a sort of ledger containing a series of digital files. This information is combined into blocks and archived in various databases in which the files can contain incorruptible information regarding, for example, cryptocurrency transactions or contractual agreements.

A complex system of cryptographic layering makes this computer data highly secure and, above all, proceeds in such a way that transaction records are unalterable and certified by third parties without the intervention of a centralized authority such as an investment bank. 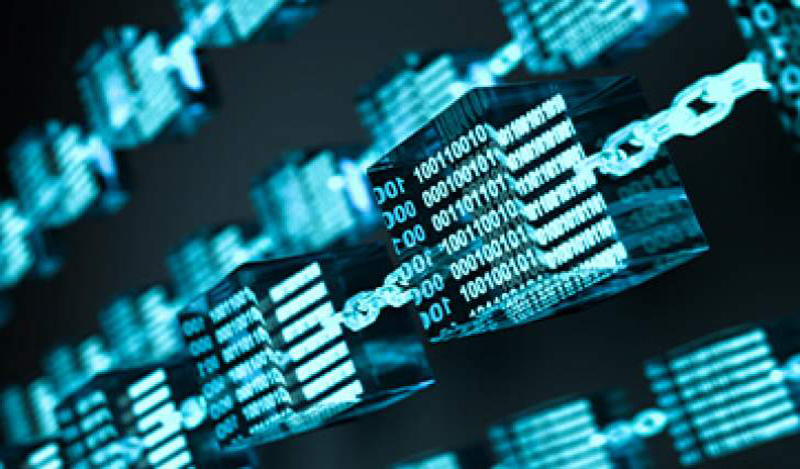 We often hear the word blockchain in conjunction with another term, such as cryptocurrency. Managing cryptocurrency is not the only innovation that can be governed by blockchain. In fact, numerous processes can be performed and often quite literally revolutionized by this technology.

One of these is the HVAC sector. Let’s consider some of the possible advantages it brings to managing plumbing and heating systems thanks to the hybrid approach between blockchain and the Internet of Things (IoT):

There is no question that we are now facing a real revolution that also affects the plumbing and heating sector. Blockchain is opening up new avenues and opportunities in many other sectors. The good thing is that, according to many, we are only at the beginning of exploring its possibilities, and we have only just begun exploiting the implications these technologies can offer us. 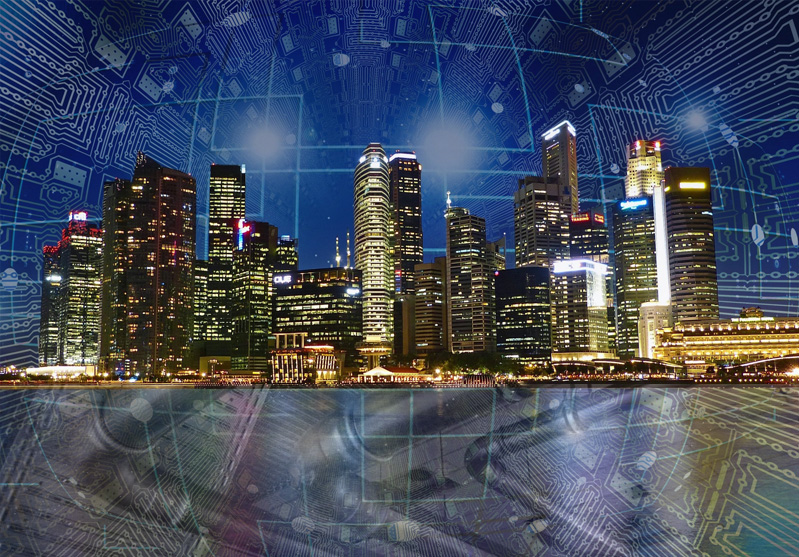 The IT innovations we have been discussing must be able to rely on equally modern fittings and piping systems for HVAC systems, starting with the highest reliability and quality of materials, and ending with technical characteristics that facilitate the interchange of this new plethora of data on the systems’ operations.

Let’s see how steel pressfittings can support the use of blockchain and the IoT, primarily by facilitating the work of next-generation electronic sensors for measurements. 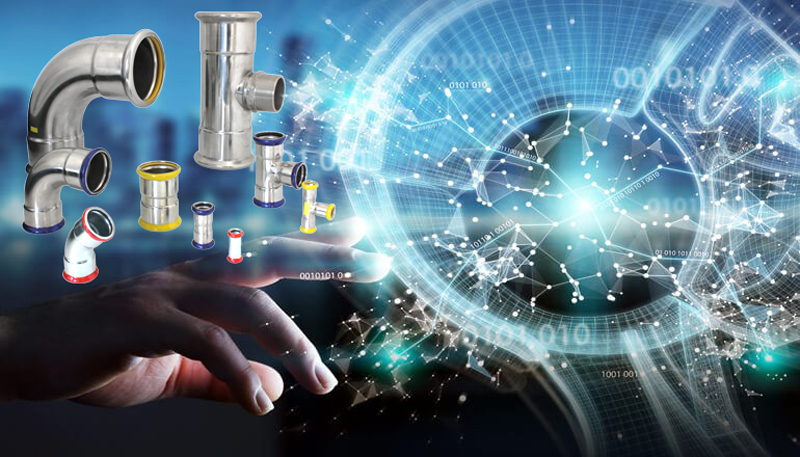 In the ideal plumbing and heating sector future, we will be able to use all of the technology at our disposal, such as artificial intelligence, IoT, smart sensors, and blockchain, to arrive at potable water distribution and HVAC systems whose operation can be assimilated in a concept that we believe can be very important, namely that of the circular economy.

The similarity with the circular economy could be arrived at through the design of sanitary installations capable of always using approximately the same water – through regeneration systems – without having to resort too often to new resources. Plus, in the future, we will be able to obtain systems that, through various synergies, can be completely self-sufficient from the energy point of view. 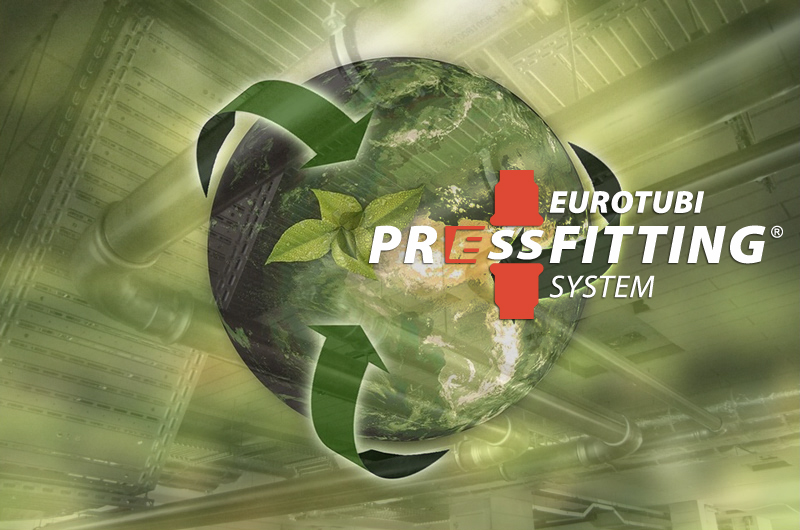 Blockchain and IoT-based technologies are still far from having exhausted their application possibilities. We are only at the beginning of their use, and we believe that, even in the HVAC sector, we should expect a real revolution in the coming years.

We face growing challenges, primarily population growth and climate change, threatening universal access to clean water. Earth’s resources are increasingly strained, but we are sure that human ingenuity will be able to lead us towards a more balanced coexistence with our planet! 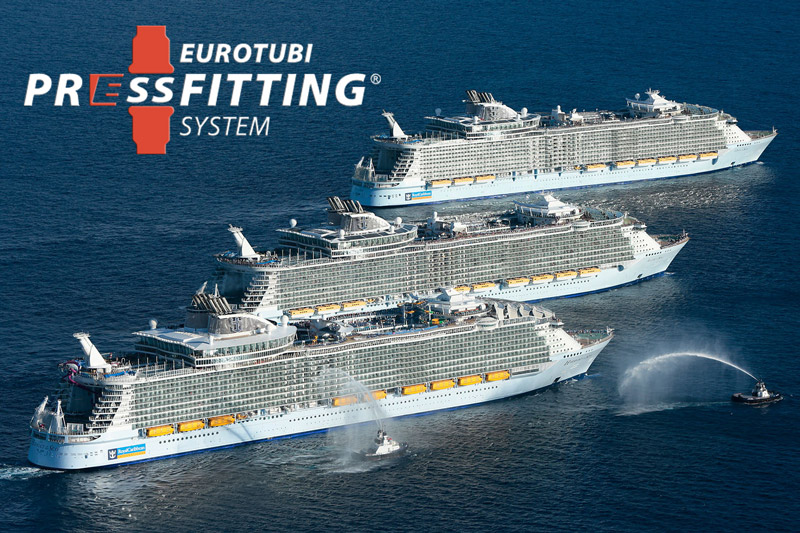 Large cruise ships use different fire extinguishing systems depending upon the location to be protected. The more crucial areas such... read more 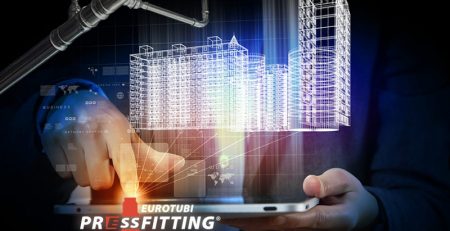 Pressfittings and building automation: the future of plumbing and heating networks

The Building Management System or BMS is a set of computerised control systems dedicated to intelligent building management, from the... read more 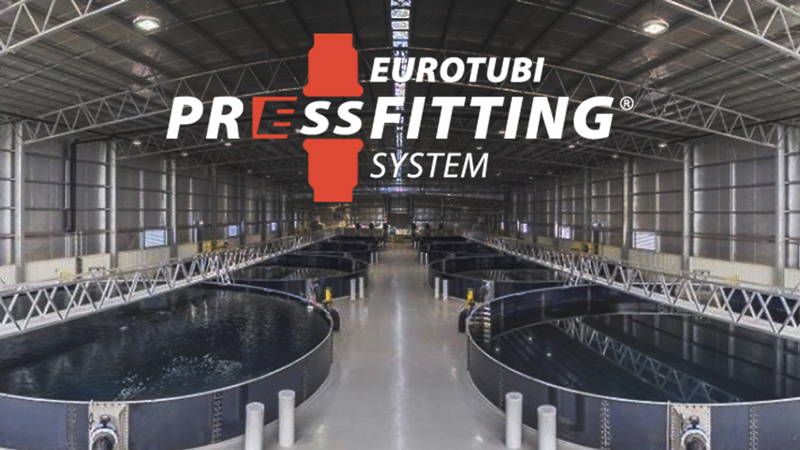 Eurotubi AISI 316L GAS pressfittings are often used in the industrial sector. This month we will take you to Australia... read more 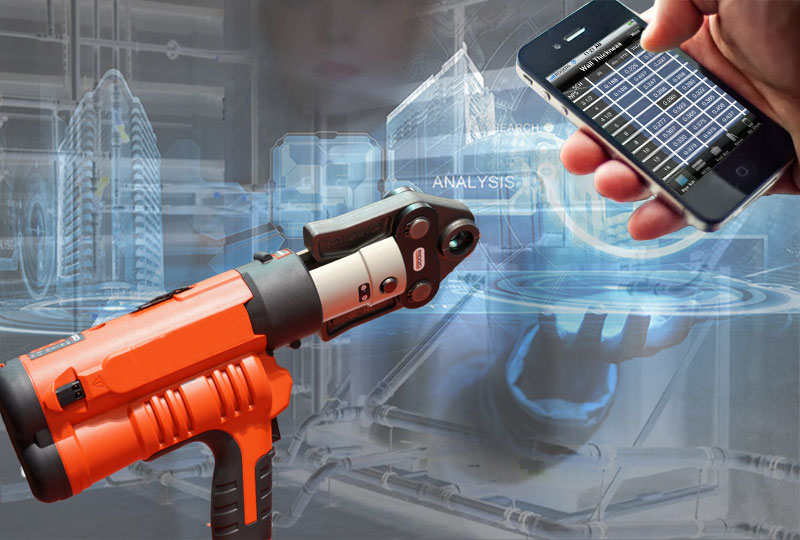 Pressing equipment for pressfittings: how digital innovation is revolutionising the future of pressing

We have previously mentioned that the regular maintenance and perfect operating condition of pressing equipment is the basis of state-of-the-art... read more

With such a fast system for creating plumbing system connections, it is vital to be able to count on solutions... read more 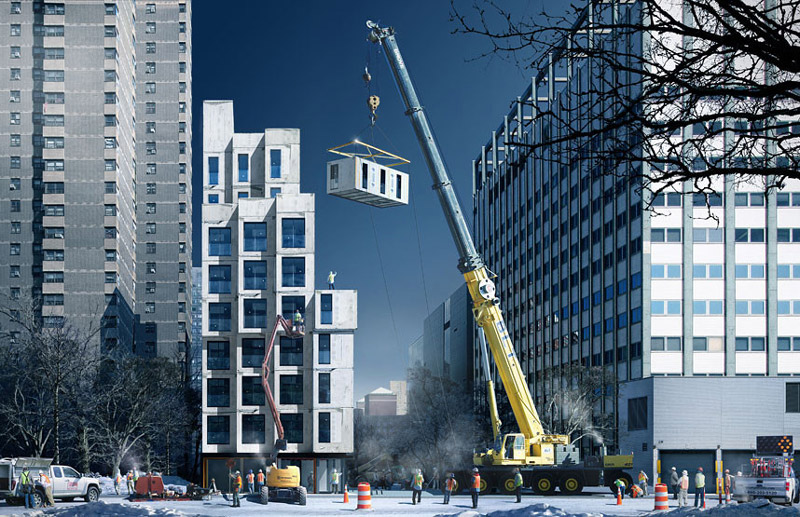 Construction after COVID: the sector relaunch will pass through the evolution of digital design

Recovery of the construction market after COVID 19? Yes, but there will be many things that may change, from BIM... read more 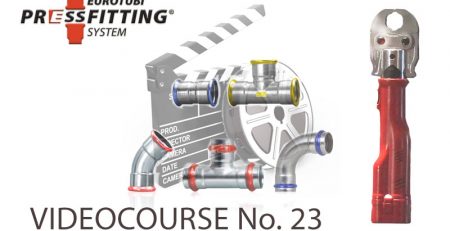 In this video we will discuss the advantages of the steel pressfitting system in the construction of compressed air systems... read more 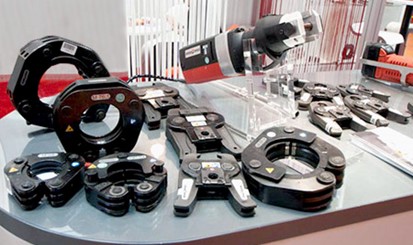 JAW CLAMPS OR CHAINS? Notes on the use of pressing terminals

The pressfitting is quick and reliable, an increasing number of plumbers are using them to be able to deliver a... read more 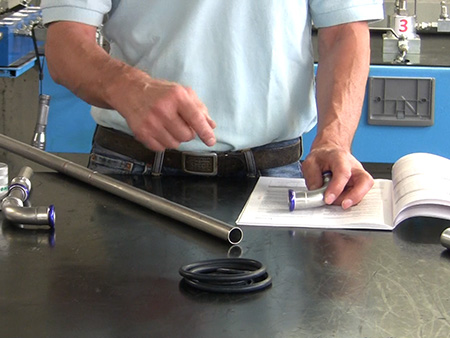 For installations that do not have to comply with DVGW specifications for potable water, we can use Eurotubi AISI 316L... read more 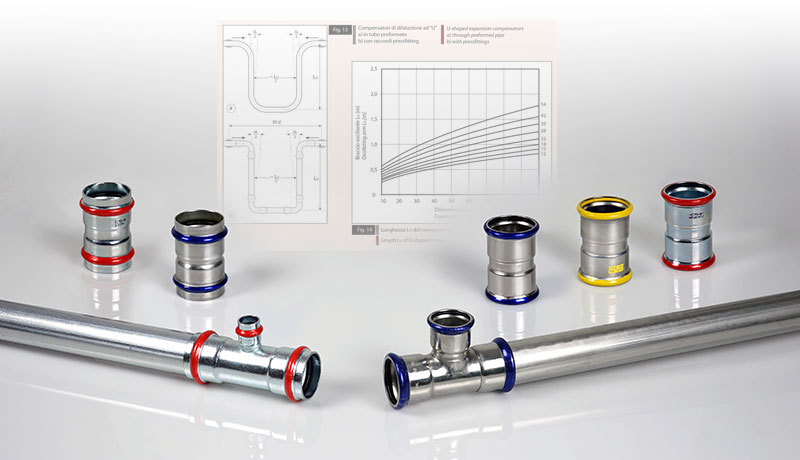 Pressfittings: how to compensate for thermal expansion in the system

With temperature changes, plumbing systems are subject to material expansion. During the design phase, special arrangements must be made to... read more

Eurotubi Catalogue: news on appendages and the trolley starter kit

Eurotubi Pressfittings for the HVAC systems in the new bus terminal in Bratislava, Slovakia